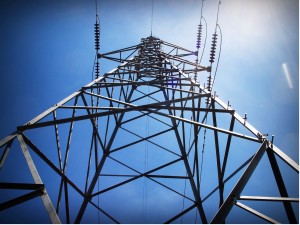 What’s going to happen with gas prices? How vulnerable is the post-Snowpocalypse Texas power grid? Should we as a state be focusing more on renewable forms of energy, or are there other more realistic ways to have dependable power available?

Oil and gas experts recently addressed these questions and more at the 11th annual Northeast Texas Energy Summit. Brelsford Personnel is proud to have been an event sponsor, and Gates Brelsford, Chair of the Energy Summit committee, says it might have been the best event to date.

For more than a decade, the Tyler Area Chamber of Commerce Energy Committee has sponsored this event to provide an educational forum on the energy industry for the general public. The committee works to promote the growth of the energy sector, although with particular emphasis on oil and gas since it is a key economic driver in East Texas. The event aims to make area residents more aware of the value of energy in our lives.

“For most people, their main connection with the energy industry is when they’re filling their car up with gas,” said Gates Brelsford, when interviewed about a previous year’s event. “But it’s one of the most important industries in Northeast Texas. Not just in Tyler but in Longview, Kilgore, Gladewater and the surrounding areas.”

This year’s event took place in the Green Acres Baptist Church Conference Center and had almost 500 attendees. In the audience were civic leaders, business professionals, individuals from law and accounting firms, government agency workers and oil and gas industry representatives. Here are some of the key takeaways from this year’s speakers.

Todd Staples – Oil and Natural Gas is an Asset

This year, much of the focus was on the changing face of energy in Texas and around the world. Todd Staples, President of the Texas Oil and Gas Association, addressed concerns about inflation and rising gas prices, saying those issues probably weren’t going away any time soon.

He pointed out how actions taken by the current administration have had a negative impact. Some of these actions include:

Staples emphasized that oil is tied to national security, and says now is the time to make changes. He said there’s no overnight solution, but there is an opportunity to “reset American energy policy.” For that to happen, he encouraged attendees to “treat oil and natural gas like an asset, not a liability.”

Texas was the top crude oil-producing state in 2020, delivering 43 percent of total U.S. crude oil production. We also have more windmills and more solar than any other state, positioning us to make great progress in the field of energy while still protecting the environment.

Austin environmental lawyer Michael Massey brought up what happened during 2021’s severe winter storm when Texans experienced days of subfreezing temperatures and widespread power outages. Amazingly, the state’s power grid was four minutes and 37 seconds away from a series of catastrophic events that could have left Texans without power for a month or more. Massey identified issues the state needs to address to keep that type of crisis from happening again.

He said more wind turbines and solar panels are not the solution because in the middle of a storm, neither one delivers reliable power. Those types of renewables have become an increasing part of the overall energy mix for feeding the power grid, but they fail to supply reliable energy when the weather is extreme.

Government incentives have been increasingly allocated to renewables in the recent past, so those types of energy sources have mushroomed. We’ve become more dependent on power from wind and solar because tax incentives go toward developing and using them. However, the quantity and size of batteries you would need to store energy for a metropolitan area like Dallas or Houston is extremely cost-prohibitive and not affordable.

At the same time, federal mandates are causing coal-powered plants to go offline, and coal has been a huge part of the power grid and source of backup power. The margin between what’s available and what’s needed has gotten so thin that when we do have stresses on the grid, there’s next to no extra power available. And the problem is getting worse. Massey told listeners the solution was to build in a more reliable and diverse energy mix and backup power sources, and that if we don’t we will for certain face more severe blackouts in the future.

Dr. Scott Tinker, a highly-regarded academician and popular speaker, Director of the Bureau of Economic Geology and the State Geologist of Texas, has spent decades researching the global energy supply and demand, the environmental impacts of energy, and the economic drivers and scale of energy. He stated that it is a common perception to think that energy puts money in the pockets of people who already have too much while also damaging the planet, but Tinker says energy saves lives and provides for peoples’ well-being and futures.

He pointed to communities in Africa, India and Vietnam where people have no electricity, and they’re stuck living the way they have for generations. Families who don’t have a light bulb in their homes have schedules dictated by hours of daylight. Individuals who cook over cow dung are more likely to develop cancer from the toxins.

Bringing those people dependable energy unlocks economic potential, improves health and longevity and provides the means for advancement in their lives. Tinker said what we need to do around the globe is to develop a realistic energy mix of energy, depending on the need and location: oil, natural gas, solar, wind, clean-burning coal and nuclear power. If done thoughtfully and without politics,  we can continue to make progress toward protecting the environment while still having enough energy for our lives and for civilization.

After attending the event, Gates Brelsford said the speakers and topics were fascinating and the message was generally positive. “There’s been progress,” he said, “But a lot more needs to be done, and one of the critical things that needs to happen is to remove the many regulations that have been piled on to the industry. The technological advancements made by private enterprise in our country toward cleaner energy is remarkable, and leads the world. That is a little-known reality.”

Prev:  Try These 5 Minute Stress Busters You Can Do At Your Desk
Next: FREE E-BOOK